It's the seventh year that the Department of Computer Science of HKU and the Cyber Security and Technology Crime Bureau (CSTCB) of the HK Police Force co-organized the China Digital Forensics Competition, a flagship national competition in the field of digital forensics in Mainland China which is also known as the "Meiya Cup". This year, the competition was successfully held from November 12 to 15, 2021 in Xiamen, China. Over 800 teams with more than 2,000 team members coming from different cities of China participated in this event, and there were over 100,000 people watching online as well. A prominent event of 「雙千人比賽、十萬人觀摩」！

This important annual event was jointly proposed and co-founded in 2015 by Dr. Kam-Pui Chow, our digital forensics expert, and Professor Xu Rongsheng (許榕生) , who is also well-known as the "China's Father of the Internet", from the Chinese Academy of Sciences (CAS). Since then, the Department of Computer Science together with CSTCB of the HK Police Force have supported this annual event as co-organizers for seven consecutive years.

The HKU team, led by Dr. Kam-Pui Chow and Professor Siu-Ming Yiu, worked together with the CSTCB team of the Hong Kong Police for setting questions for the competition, preparing relevant forensics images, and being part of the judging team. The questions include various simulated scenarios, for instance, cases involving the infiltration and attack of the system of a multi-platform e-commerce company which lead to the theft of personal data, and the use of fintech and cryptocurrency for money laundering, etc. This event, which evolved from a few teams when first held to over 800 teams now, has been making substantial contribution to the development of digital forensic investigation in China. 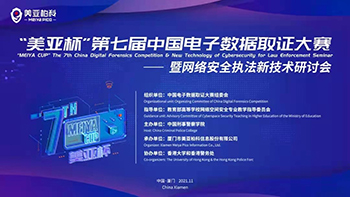 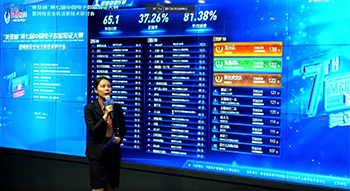