The 2010 paper titled “Adaptive Random Testing: The ART of Test Case Diversity” by T.Y. Chen, F.-C. Kuo, R.G. Merkel, and T.H. Tse has been selected as the Grand Champion of the Most Influential Paper Award by the Journal of Systems and Software (JSS). The journal is ranked by Google Scholar as the second in h5-index among international publication venues in software systems.

A retrospective of the significance and influence of the article is available in the 2021 blog post titled “Diversity, Diversity, Diversity: Three Words that Summarize the Impacts of Adaptive Random Testing”, which received 1.6K claps from supporters.

The papers and blog posts of shortlisted finalists for the award were reviewed by all the JSS editors and editorial board members. The ultimate decision was made by the Editors-in-Chief on the basis of paper quality, citation counts, paper and blog post readership statistics, and impacts on practice. The championship was officially announced in the JSS Happy Hour on April 16, 2021.

Prof. T.H. Tse is an honorary professor of our Department after retiring from his full professorship in July 2014. Prof. T.Y. Chen served in our Department as an associate professor (known formerly as senior lecturer) in the 1980s before moving to Australia. He is currently the professor of software engineering at Swinburne University of Technology. Professors Tse and Chen have worked together on many projects for decades and have published numerous joint articles in leading journals. 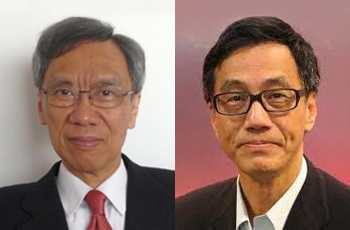