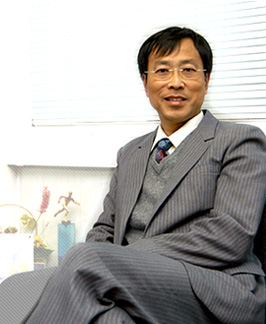 Professor Chin has retired from HKU in 2015 and is now an Emeritus Professor of The University of Hong Kong. He is now working as Founder and Chief Solution Officer of a startup company,   DeepTranslate Limited , on Machine Translation of financial documents at Hong Kong Science Park.

Professor Chin has served as conference chairman and a member of the program committee of numerous international workshops and conferences. He is currently serving as Managing Editor of the International Journal of Foundations of Computer Science and is a member of the editorial boards of Current Bioinformatics, Information Processing Letters, the Computer Processing of Oriental Languages and the Chinese Journal of Advanced Software Research.

Professor Chin has served on many government policy and advisory committees and in 1998 acted as the Project Leader of a study commissioned by the Select Committee appointed by the Legislative Council to inquire into the circumstances leading to the problems surrounding the commencement of the operation of the new Hong Kong International Airport at Chek Lap Kok (CLK). During 2001, he was seconded to serve as the (interim) CEO of the Hong Kong Domain Name Registration Company Limited.

Professor Chin's research interests include design and analysis of algorithms, machine learning, and bioinformatics including Motif-finding (Motif discovery) and De Novo genome assembly (IDBA) . In 2002 at the age of 54, he discovered the challenge of marathon running and has finished one marathon and five half-marathons.

Design and Analysis of Algorithms, Machine Learning and Bioinformatics